"We will bring the revolution in the correct direction."

— Cheng Guang, Chairman of the Neo-Socialist Party of Yutang, 300

The Chunmin Revolutionary People's Republic, often referred to as the Chunmin Republic or informally as Yutang, is an interstellar state located in the eastern Human Sphere. It is bordered to the north by the Interstellar Union of Revolutionary States and to the west by Siquijor, the New Greater Empire, and the Frontier Treaty Organisation states. Considered a major power of the Sphere, it nonetheless does not yet rate as a hyperpower.

The modern Chunmin Republic is gripped by rampant ultranationalism and a belief that the constant struggles of the Chunmin people have tempered them into the strongest, most ideologically pure and superior people within the Human Sphere. Though they are one of the smaller and less populated human states, they are considered very technologically advanced and economically successful, and trade with most of the powers of the Sphere.

The Chunmin Republic functions as a highly centralised one-party state, and is self-described in the Hongmen Constitution as "a neo-socialist state governed by a people's democratic dictatorship that is led by the working class, and based on an alliance of workers and peasants, working towards full self-determination". The Chunmin Republic is fully governed by the the Chunmin Worker's Party, which dominates all aspects of the government and society. The Chunmin Worker's Party has been variously described as communist, socialist, authoritarian, and corporatist, with heavy restrictions in many areas. These include restrictions against free access to the Exonet, freedom of the press, freedom of assembly, free formation of social organisations, and freedom of religion.

Executive power is vested in the State Council, which has been headed by the Premier of the Chunmin Republic. The Premier presides over four vice premiers and the heads of ministries and commissions. Legislative power is nominally held by the unicameral National People's Assembly, modeled after that of the Interstellar Union, and headed by the Chairman of the National People's Assembly, who also represents the state in relations with foreign countries. The People's Assembly passes laws, establishes domestic and foreign policies, appoints members of the cabinet, reviews and approves the state economic plan, among others. The People's Assembly itself cannot initiate any legislation independently of party or state organs.

The Chunmin Republic maintains relations with most of the other Human Sphere states. It is considered on of the Human Sphere's major powers, though does not rank as a hyperpower. 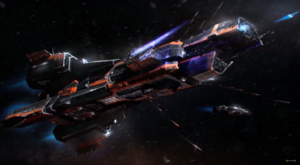 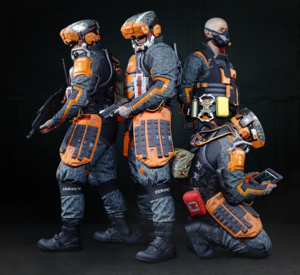 Retrieved from "https://ordis.miraheze.org/w/index.php?title=Chunmin_Revolutionary_People%27s_Republic&oldid=17106"
Categories:
Cookies help us deliver our services. By using our services, you agree to our use of cookies.