Before the destruction of the human birth planet Ordis, early colonies were estimated to have formed in the mid 21st century in forms of space stations while colonies in later centuries were established in terrestrial planets and moons with the advent of FTL travels and early forms of terraforming. Such advanced technologies were essential for humans to spread across much of the galaxy, from colonies that were absorbed into the modern day Order to as west as colonies near Alvish space. There were even reports of human settlements in Duthic territories, implying early human colonies far from the core systems. Many wealthy nations such as Gyunghwa, Anglia, the Dominate, Yashima, Hyspania, Achtotlan, Shenxia, and Zusea & Ossintoria had sponsored colonization efforts to carve a piece of their own interstellar empire. Some powerful corporations even took part in the colonization process, some developing their own mining facilities or space stations with grants under governmental jurisdictions (such as Mirae Solutions from Gyunghwa or Stroheim Industries from Zusea). 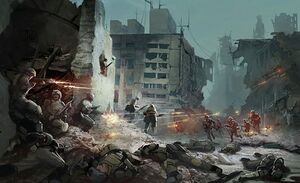 Although the Ordic League had called for diplomacy to solve colonial disputes, armed conflicts in planets among colonial powers weren't uncommon.

Colonization, however, was never a peaceful endeavor with nations fighting other nations for colonial rights. There were even splits in identities among the colonists and the Ordisians as the colonists see themselves as identifying with the planets they grew up in rather than a faraway colonial administration. As more hospitable frontiers were opened up north of much of the early colonies, most nations became hands off with the southern colonies and set up colonies northward for more riches and glory, leaving megacorporations granted under governmental entities to take care of the southern colonies. Conditions have worsened for the southern colonists as the remaining megacorporations and governments seek to control the resources with little to no input from the colonies.

In response to administrative abuses, various colonial organizations were formed, all seeking to better conditions of the southern colonies. Conflicts flared up across the southern colonies, ultimately culminating in the Southern Sphere Secession War. The rebel groups and secessionist colonies united under the Southern Colonies Alliance while corporate and loyal colonial forces fought under the banner of the Ordic League. Fighting was fierce with heavy losses reported on both sides. The turning point of the Southern Sphere Secession War occurred with the mass glassing of New Cyrene, a planet that played a major role among the Southern Colonies Alliance in an effort to reduce SCA's morales. Also known as the New Cyrenean Terracide, the mass nuclear genocide prompt heavy public backlash towards the Ordic League, flaring up up mass protests across Ordis and the northern colonies demanding an end to the war. The southern colonies that were initially loyal to the Ordic League or hesitant to join the Southern Colonies Alliance begin to openly back independence.

In addition to the weakening support in the war, humanity also made first contact with an alien civilization, albeit a hostile one. Facing numerous domestic and existential situations that could threaten the cradle of humanity, a treaty was eventually signed between the Southern Colonies Alliance and the Ordic League in a secret effort by the League to make the Alliance a speed bump to handle the Aggressor Race while colonies and nations built up their planetary and central defenses in preparation. Thankfully for the northerners, the Aggressor Race never made it past the southern colonies.

Turmoil within Ordis increased since the Southern Colonies Independence as nations dealt with the loss of tax revenues and resources. Distrusts grew with some countries moving part or all of their governments outside of Ordis to set up new bases of operations in the colonies. Resources in Ordis were growing thin and nations begin to squabble more over colonization rights in the Northern Sphere. Due to the increase in conflicts and the failure in diplomatic methods to reach agreements, the Ordic League officially dissolved after centuries of being the peacekeeper of the world and the human galactic sphere. 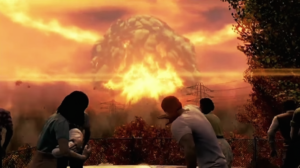 Eventually, an interstellar war between colonizing nations occurred a decade after the dissolution of the Ordic League. Known as the Great Purge, the devastation of the war turned the ancestral home of humanity into an uninhabitable wasteland. Most of the northern human colonies were cut off from Ordic networks and many colonies fend for themselves in a chaotic galaxy. Many colonies suffered the same faith as Old Ordis, fighting endless war against each other as some remnants of former Ordic governments declared legitimacy such as the Gyunghwan Republic located in Taehwa System or the Glorian League in the Arcadia System, determined to wipe out conflicting ideologies or settling old wounds. Decades if not centuries later, order was re-established among colonies and a sense of normalcy returned. Most of the colonies begin to live as independent entities as countries, maintaining some form of diplomatic relations with other human nations from trade deals to alliances. Some formed their own interstellar governments, one such being the Systems Confederacy, made up of wealthy colonies that once unified to protect important trading routes into being a major power. 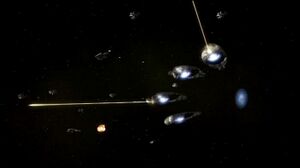 Tesseran Incident, the first shot of the Extinction War

In 2472, reports were made of large fleet of ships near the planet Tesseran in the outer rim of Confederate space, their travels and signals unnoticed by Confederate Outer Space Agency satellites and space stations until their very existence. The fleets were of extraterrestrial origins with no recognizable trance of human technology and scanning of the fleets by space stations revealed zero signs of life. Any attempts at contact with the fleets by individual space stations near the planet were met with silence for two days. Fearing the worst, national governments in the Confederacy ordered mobilization of their defenses. The first casualty of the conflict was the destruction of four manned satellites and space stations observing the alien fleet when they were rammed by the larger alien ships. 297 people died in the Tesseran Incident. The alien fleet launched mass level of orbital bombardments on major population centers and naval bases of Tesseran. In less than an hour, two billion out of the five billion people living in Tesseran were killed by the alien bombardment. Half an hour later, a small portion of the alien fleet containing millions of drones entered past the atmosphere to pacify remaining human resistance in the planet. The rest of the fleet then moved to the Altera System, then later the Sansar System and the Royce System, repeating the same deadly process against the outer rim planets. The surviving humans in the outer rim colonies fled underground while any governmental and military remnants did what they could in fighting the alien threat, despite losing much of their fleets and military infrastructure.

Relief efforts were underway by the core regions in assisting outer rim resistance. The Confederate Assembly quickly ratified the creation of a central military in ensuring a coordinated response to northern humanity's existential threat. However, satellites in the core region reported the main alien fleet entering the Arcadia System, forcing the Confederate Assembly to send the provisional central force to the Arcadia System while sending a sliver of the central military in assisting the outer rim resistance. Although the core region was better prepared than the outer rim in battling the aliens, the core regions fared only slightly better. Over the next decade, the numerically and technologically superior alien force overpowered humanity on many worlds, even including heavily defended strongholds such as Rodnian Luna. Aside from notable victories, several Confederate triumphs in the war were costly or too small to make a greater impact.

The turning point of the Exctinction War occurred in 2483 when the main alien fleet reached the New Sol System, the home system of the Confederate Assembly.

Provisional Government and Transition to the Commonwealth

The period after the Allegiance War was seen as the golden age of the Commonwealth. The Commonwealth's conquest was largely peaceful, encouraging independent nations and artificial city stations to join the UNSC, although armed conquests weren't uncommon. Advancements in trade and technology within lead to massive levels of wealth and development. Cultural advancements were also made in the Commonwealth as each countries in the systems had their own financial and cultural centers.

After its long isolation from the rest of the galaxy as the result of the Great Purge, the Commonwealth in recent history was focused on integrating with the greater galactic community and emerged as a significant player. The Commonwealth has officially restored relations with the southern human sphere nations such as the Federation of Southern Colonies and the New Greater Empire centuries after the conclusion of the Southern Sphere Secession War. In addition, steps were made to establish ties with the human Kathbaric nations in Duthic space.

Member-States of the Commonwealth 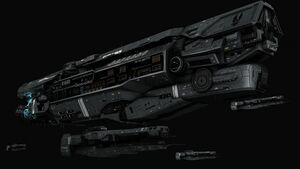 The Unified States Commonwealth Armed Forces serve as the main military of the Commonwealth, consisting of the UNSC Army (including the semi-autonomous Army National Guards), the UNSC Navy, the UNSC Aerospace Command, and the UNSC Marine Corps.

The UNSC Armed Forces is a robust and well-funded military where an average servicemen can enjoy the latest in military hardware and equipment. Although the UNSC Armed Forces does incorporate drones and artificial intelligence into its ranks due to low cost in comparison to training and outfitting human troopers, there is still a demand for human soldiers and human creativity and independent thinking are always celebrated as the "Ideal Commonwealth Soldier."

Preferring trade over conflict in most circumstances, the Commonwealth maintains friendly economic partnership with the Federation of Southern Colonies while relations with the New Greater Empire is mixed to slightly warm depending on economic competition and relations between leaders. Relations with the Interstellar Union of Revolutionary States, however, remains poor due to this day.

The attempt at fostering good relations with trade also extends to outside of the Human Sphere. Relations between the USC and the Iell'ox are significantly close due to cooperation between the Commonwealth and Iell'ox over scientific and military development. However, relations with most other alien empires are rather mixed and relations were mostly for economic cooperation and diplomatic recognition. Relations with the Duth are mixed to poor due to the Commonwealth backing of the Kathbaric humans with military aid in the ongoing Duthic-Kathbaric War.

The Commonwealth is a wealthy power among the Human Sphere, possessing a massive economy in the galaxy. The Commonwealth enjoys a high-income and advanced economy with a highly diversified market with some governmental control outside of a few key industries.

Humans make up the vast majority of the Commonwealth at around 98% of the population.

The Commonwealth is home to many different human cultures, owing its existence from the colonies sponsored by many wealthy nations in Old Ordis. Cultures from Escaric and Ordan colonies dominate the Commonwealth with the inclusion of Yeongseongi, Cathaian, Anglian, and Zusian influence in the Commonwealth. However, non-Ordan and Escaric cultures such as Osovans and Valeyans still prosper within the Commonwealth.

Retrieved from "https://ordis.miraheze.org/w/index.php?title=Unified_States_Commonwealth&oldid=14961"
Categories:
Cookies help us deliver our services. By using our services, you agree to our use of cookies.